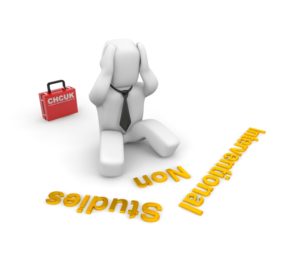 Next year about this time, the European Union will implement a new clinical trial regulation (EU CTR) meant to help pharmaceutical companies by offering clear and consistent rules for conducting clinical trials. The new regulation, EU CTR 536/2014, adopted last year and scheduled to take effect in May 2016 is intended to simplify a previous set of requirements governing clinical trials.

But the new rules also are expected to spark considerable turmoil around the conducting of non-interventional trials (also known as observational studies). Many questions remain around vague regulatory language and the need for every EU country to review and alter existing national regulations. In fact, the new regulation created an entirely new category of trial that almost no one has tried to implement before.
The resulting confusion makes it increasingly difficult to satisfy the first order of regulatory compliance: knowing the rules with which you need to comply.   And, confusion costs money – sometimes a lot of it.
The new regulation repeals a Directive issued by the European Parliament in 2001 that established common rules for good clinical practice in drug development.  It set forth clear rules for interventional trials on everything from adverse event reporting and safety monitoring to the type of information to be submitted to regulatory bodies and ethics committee.  While the Directive did a good job of clarifying the rules for conducting clinical trials in Europe, it considerably muddied the waters for companies wishing to conduct non-interventional studies.
[Read more…]