EU: OECD Report Demonstrates the Need for Outcomes-Based Approach to Healthcare in Europe

EFPIA acknowledges the publication of the OECD report, “Health at a Glance 2015”, noting its contribution to the debate on the sustainability of health 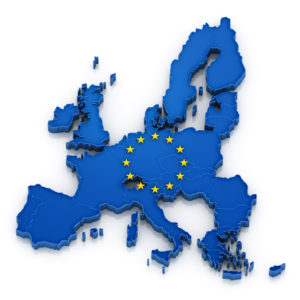 systems. Its content lends weight to the argument that an outcomes-based approach is part of the solution to the many challenges faced by European healthcare systems. A view the pharmaceutical industry supports.
The report acknowledges the variance in patient outcomes between countries at a similar development stage. This supports the contention that healthcare expenditure in total is not the issue, but rather how and where resources are allocated.  Europe needs systems that focus on improving patients’ health in a holistic and evidence-based way. Systems that allocate resources towards those interventions that deliver the best possible outcomes and away from those that don’t, these systems improve quality which is often less expensive in the long-term and thus more sustainable than the current transaction-oriented approach to healthcare.
Despite misleading headlines following its publication, the report underlines that spending on medicines is not the main driver of rising healthcare costs.
The report highlights that pharmaceutical budgets were disproportionately affected by spending cuts in many European countries, being easier to target than other healthcare expenditure. The report acknowledges that cost-containment policies and patent expiries led to a decrease in pharmaceutical spending growth, post-2005.
In fact, as the report rightly notes, pharmaceutical expenditure in recent years, has been growing at a lower rate than overall healthcare expenditure. Moreover, it suggests ­– in line with IMS predictions – that annual expenditure growth in the top 5 European markets will be a modest 1%-4% between 2014 and 2018. France and Spain will actually witness negative growth over this period.
The OECD accepts correctly that it is not price rises, but rather increased demand caused by an ageing population, greater prevalence of chronic disease and changes in clinical practice – together with rapidly advancing pharmaceutical innovation providing new treatment options, that is driving pharmaceutical expenditure. It adds that these factors could see pharmaceutical spending growth “pick up again, instead of continuing its recent path”.
This underscores the vital role of pharmaceuticals in addressing the significant twin challenges of increasing chronic conditions and population ageing. It also suggests that, far from being the problem in itself, increasing spending on new medicines can lead to more treatment options that help to improve patient outcomes and reduce the reliance on additional, more costly health care services.
We are pleased that the report recognises that early diagnosis and improved treatments have led a more effective approach to life threatening conditions, such as heart attack and stroke. This has led to lower mortality rates in most OECD countries, an increased survival rates for many types of cancer.
[Read more…]